You Have to Build Ethics Into the Business Model

There was the case in which Silicon Valley’s CEOs conspired to keep pay artificially low for the area’s engineers, so the 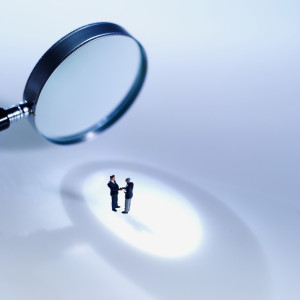 What happens when a company’s “little compromise” hits the interwebs.

companies wouldn’t have to deal with supply and demand—basic tenets of a free economic system. Then there was the fact that GM and the National Highway Traffic Safety Administration ignored a manufacturing defect that wound up taking 13 lives. And those were just two cases this year of companies who demonstrated that their ethics were easily undermined by the profit motive.

It can happen more easily than you know. And it can cost more dearly than you can imagine. Being an ethical business doesn’t happen by accident. A company that’s a little loose on the issue of ethics can easily find itself on a slippery slope. And the next thing you know you’re being sued, or fined by a regulatory agency. And worse, you’re labeled untrustworthy by employees, potential future employees, customers and the public at large.

So how do you become an ethical organization?

1. It starts at the top. Yeah, yeah, yeah, I’ve said it before, I know. An ethical company is something you build from the leadership down. Leaders have to be ethical and accountable. They have to be the kinds of people who are open to criticism and questions about the way they handle business and not—directly or inadvertently—communicate that someone who questions their ethics will be penalized. They have to model ethics for the people who work for them.

2. Reward it. Your mission statement can scream values but if the practices aren’t aligned, it won’t matter. Companies have to reward ethical behavior over profitable behavior sometimes. Nobody wants to lose money. But the company can communicate that if a choice has to be made between the right thing and the profitable thing, it will tangibly reward the right thing. This goes a long way to creating an ethical culture.

3. Solid processes. Please note, I wrote processes and not policies. Policies are published. Processes are practiced. Big difference. I had a friend ask recently if there was some test that would screen out candidates who were likely to steal from you. If there were, it would be in use by every retail establishment in the nation. But there isn’t. And the tricky thing is, someone who works for you for years and never thought of stealing can suddenly, by some reverse of fortune or circumstance, find himself willing to do what he never considered doing before. So, have really strong processes that prevent it. A good checks and balances system is a start.

You can’t take shortcuts, like just putting on a big show about having ethics as core value. As we all know, people who talk a lot about stuff like that are usually sending up a fairly lame smoke screen to hide the fact that they really don’t value ethics much at all. And if you’re that company, everyone you recruit and all your customers probably know that it’s a dog and pony show.

Once a company begins fudging on ethics, especially if it nets the company profit at first, it just gets easier every time. But eventually, you will get caught. And the price will probably be much higher than whatever savings you might have gained. In Silicon Valley, for example, the price of a good engineer would have gone up if those companies hadn’t colluded to keep it down. But it would have reached a ceiling in relatively short order. And those companies wouldn’t be facing a $9 billion class action suit and the shame of having behaved in a way that damaged their brands.

So, really, what role does ethics play in your company?