What Your Employees Are Posting On Yelp About You 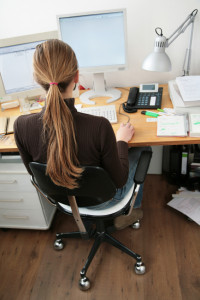 Social proof is the new gold.  Research shows reading reviews by people similar to you powerfully influences whether you take a job, buy a product, form a partnership. Sites like Glassdoor and Yelp are the new Zagat or Consumer Reports. You know that guy you really want to come on to lead business development or serve as CTO? He’s probably going to read employee reviews about your company before he gets very far along the pipeline. You might be ignoring those reviews, especially the negative ones from people you view as whiners. He won’t.

So if he goes to a review site and reads several posts saying your company sucks, your executives are clueless and disinterested and the bathrooms are seldom cleaned, he’s probably going to look elsewhere. Or at least demand a lot of money for working in a potential hellhole.

If those are the kinds of reviews you’ve got, what do you do? You could do what one local hosting company’s HR department did and write fake reviews. But, like them, you’d probably get nailed for it. I mean, it’s bad to have negative reviews. But how much worse is it to CYA with fake good reviews. And they’re usually so transparent. A real review includes ups and downs. “The hours are long and hard and it can be chaotic at times, but it’s a startup so I’m okay with that.” Or “They push you to get a lot done in a short amount of time but I’m learning a ton and there’s a lot of autonomy.” That’s what real reviews sound like. Fake reviews are like “Awesome! Rockin’! This place is great! The people are wonderful and the atmosphere is totally chill. I love it!”  What is worse, employees called the HR department out for doing it.  Really, like harshly, calling them “HR trolls.”

Your reviews are what they are which means that’s how employees really feel. If you have 10 reviews and one or two are less than stellar, not bad.  If you have many crummy reviews, instead of trying to cover them up with phony good ones, this is a great opportunity for you to grow as a company. In other words, stop hiding from the criticism and start dealing with it. People write good reviews for companies, or restaurants, or hotels or car repair places where they feel the management cares about what they want. If your steak is overcooked and the waiter promptly replaces it with one cooked correctly and apologizes for the mistake—maybe even throws in dessert—you’re going to write a glowing review of that place. If, however, the waiter blames you for ordering badly and says it’s going to take 40 minutes for another one, you’re already writing the bad review in your head.

Most employees want to say good things about the companies where they work. There will always be whiners, but the bulk of employees want to advocate for their companies. If your employees are writing bad reviews, they probably didn’t feel like their complaints would get heard or addressed by their managers. So they took it public. It’s not too late to implement a policy that makes employees feel like their issues are important to you. It’s not too late to right the ship. Are you ready for it?  I ask because sometimes it means taking a good hard look at why they are unhappy and making some changes that may be a bit painful.  And remember, at first you may get a deluge—that happens when things have been bottled up. But ultimately you’ll end up with a company full of happier, more satisfied employees, which will increase productivity and profits and attract the really great candidates you want.

And if you want help becoming a five-star company, call us!