That Passive Aggressive Employee is Costing You Money

Did you know that when your organization treats conflict as a bad thing, it can really cost the organization? It can cost money, productivity, 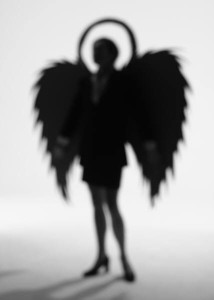 opportunity. Take, for example, the large company we consulted with several years ago where employees were discouraged from disagreeing with managers. Because they couldn’t openly disagree, they did what people do when they feel disempowered: They undermined, they sabotaged, they whined, they formed subterranean teams. They became human monkey wrenches in the company machine. We asked an executive how much of the time this went on. He estimated 20 percent. That’s one day a week when employees are not only unproductive, but actively creating problems. That’s a lot of lost productivity and opportunity cost!

Conflict isn’t actually a bad thing. When we work with managers and employees and talk about conflict resolution, we can see that a lot of people are very conflict averse. That comes from misunderstanding what conflict is. Conflict does not equal yelling or fighting, being angry or being hurt. Conflict provides an opportunity to get on the same page. Frequently, though a dialog where there is conflict, you end up digging more deeply into the subject and coming up with fresh solutions.

Think of it this way, there are four ways to resolve an issue:

Yes But No is passive aggressive behavior and you can pretty much expect it to crop up in any company where healthy conflict isn’t specifically encouraged. Yes, But No encourages CYA behavior and involves a lot of your employees’ mental and physical energy in forming alliances, creating elaborate plans for retaliation, lying, slowing projects’ progress and other activities that don’t get your organization’s goals met, at all.

So how do you encourage healthy conflict? Like everything else, it has to come from the top. Top management has to let employees know that they are free to RESPECTFULLY share their opinions, introduce contrary ideas and suggestions and dissent from a perspective that comes from the top. Then, top management has to make sure that that freedom remains intact throughout the organization. If managers believe they can, with respect, disagree with their superiors, employees will see that and be more encouraged to express their own perspectives.

Of course, peers in an organization aren’t always going to be able to resolve the issue between themselves and that’s where a management hierarchy comes in. If one employee says it should be red and the other pink, they can take it to a manager—the Decider—for a verdict. The key is that once the Decider has decided—say, red—the employee who wanted pink has to accept that that’s the answer and move on. Unless you’ve specifically hired or trained people for that skill, you have some teaching to do. Some people have never seen what healthy, direct conflict resolution looks like. It can be initially scary for them to speak up.

This doesn’t happen overnight. It takes an investment of time, training, and yes, money, to hire someone who can affect this transformation in your organization. But when you weigh that against one day a week essentially going to Machiavellian power tactics, it’s probably worth it.

One Response to “That Passive Aggressive Employee is Costing You Money”