So There’s An Employment Gap…So What?

It’s time we got over this stigma we have about hiring people who have employment gaps. The Boston Fed published a 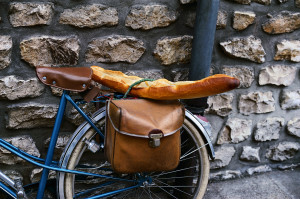 In 2014, why should “I traveled the world for a year” be a reason not to employ somebody?

policy paper early in 2014 based on an experiment by Rand Ghayad and William Dickens. The researchers sent out thousands of fake resumes that were nearly identical except for their unemployment durations. Even when a “candidate” had better credentials than another “candidate,” firms ignored them if they had been unemployed for more than six months. This is nuts. There are millions of people who have been out of work for long periods. And sadly, the policy of overlooking long term unemployed only perpetuates the problem.

There are a lot of valid reasons for people to be unemployed for lengthy periods, besides the unemployment crisis. People get burned out and, having the means, take off time to travel for a year. People quit work to take care of sick family members or raise kids. People quit work in order to pursue an entrepreneurial idea.
Historically, experts have advised candidates to “hide” that unemployment gap. Don’t put the dates you were employed, only the years. Say you were working with ABC (or whatever your initials are) consulting firm. But I think it’s time we let it all hang out. In the words of a friend of mine from New Orleans: “Everyone’s got skeletons in the closet. You just need to put them on the front porch.”

Jumping to conclusions about why someone has a gap in a particular employment is like one major Austin company that used to overlook candidates who didn’t have GPAs above a certain number. They likely missed tons of people who would be innovative, creative, or have great people skills but who weren’t good at academia. If someone looks like a good candidate, give the person a chance to explain the gap. Maybe you’re the first interview he’s had since a massive layoff—because of the bias against long-term unemployed. Maybe her taking time off to care for a family member or pursue a dream indicates responsibility or vision rather than disinterest in her career. Maybe he took a wrong turn in his career and decided to correct it and get more training in another area.
When you put that artificial barrier up, you lose out on candidates who might bring really great, diverse ideas and problem solving skills, or a unique way of seeking the world that would be good for the team.

I know. Hiring people is hard. It’s expensive. You have a jillion resumes and you can’t interview everybody. So you pare it down as much as possible by eliminating the ones with big employment gaps. That seems easy and prudent. But most generalizations like that tend to be a mistake. If someone has the experience, the chops, the recommendations, you should give them a chance to explain that employment gap. And if you’re afraid their skills might be out-of-date, give them assessments.

The old approach to employment gaps was based on a world where people got a job at one company where they stayed for 30 years. Nobody talked about work-life balance and nobody expected us to encounter a huge employment crisis like the one we’ve been in for the past five years. The model is obsolete, and so should the practice be.