Not that you need reminding, but there are just two more weeks until 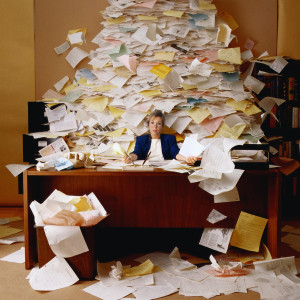 we celebrate the end of 2015 and usher in a new year. Not to be downer but…new rules are about to kick in across the country in terms of  2016 employment law changes. I am sure most organizations are on top of these laws and which changes apply at headquarters. But when you have employees and offices in other parts of the country (not to mention other parts of the globe), you need to make sure someone’s paying close attention to changing rules in those states and cities.

Minimum Wage: On a federal level, there has been much debate over a national raise to the minimum wage rate. In the meantime, many states are raising their minimum wage threshold and some of those hikes will be much more than the current federal level. For example, New York is raising its minimum wage to $9 an hour on December 31, 2015—which seems like splitting hairs since other states are starting January 1. I’m sure they have their reasons. California and Massachusetts are going up to $10 an hour January 1; Nebraska is going up to $9 and South Dakota is bumping up to $8.55. Then in July, Washington, D.C. employees will get $11.50 in minimum wage. And in August, Minnesota large employers will be paying $9.50 an hour while small employers will be paying $7.75. This doesn’t bode particularly well for small employers whose employees may be filling out job applications at large companies as we speak.

Ban the Box: I’ve written about Ban the Box before but there’s a big change coming for anyone who works as a federal contractor. Ban the Box is the name of the movement that is focused on precluding employers from asking candidates about prior convictions in job applications. (it’s okay to ask later in the interview process). More than 100 cities and municipalities have “banned the box” and Oregon has announced it will do so in January. But more notably, the Office of Personnel Management for the federal government is proposing banning the box in May. This would not only apply to federal agencies, but also to federal contractors. So potentially any organization hoping to snag federal contracts in 2016 has to ban the box, whether its state says so or not.

And Other Stuff: Yup, it’s a grab bag of changes. For example, on January 1, California’s new “Fair Pay Act” attempts to close loopholes in arguments that let employers discriminate against primarily women by paying them less. The law changes the verbiage used to determine whether someone’s pay is fair from “equal work” to “substantially similar work” and requires employers to prove that wage differentials are based on factors such as:

• seniority
• merit
• quantity or quality of production
• bona fide factors other than sex.

Another new California regulation prohibits retaliation against employees because they seek accommodation for a disability or a religious need—like taking a religious holiday that people of other faiths don’t.

So what’s the bottom line here? Employment law is complex, changes regularly and varies from one city to another, much less one state to another. If you don’t have someone knowledgeable dedicated to staying on top of employment regulations, not only locally but nationally and internationally for your industry and type of business, you should call us. That’s what we do.