No Drama! How to Create a Drama-Free Workplace 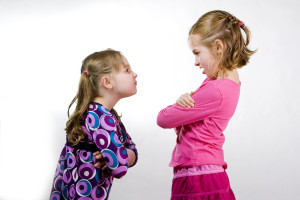 Drama, drama, drama! The woman who spends half the day polling officemates whether her boyfriend loves her. The man who has a conniption every time a client does something funky. The employees who come in complaining about each other every day, like five-year-olds on a nightmare play date. Drama comes in all shapes and sizes and it sucks hours of productivity out of a day. So how do you create a workplace devoid of drama?

It starts, like everything else, at the top. Leaders have to be drama free. If you’re the top honcho of a company or a department you can’t bring your personal stuff into the office. Talk to your spouse, your priest, your rabbi, your imam, your pastor, whoever. Not employees. And you absolutely cannot complain about one employee to another. It’s lonely at the top, that’s why there are special organizations for CEOs to come together and commiserate about their employees.

But beyond that, you have to foster a drama free environment. I once worked for a high tech startup as director of recruiting. We had a candidate who had applied for a job and one of the engineers who had just interviewed the candidate walked out of the interview, held up the guy’s resume and made a giant “thumbs down” sign the whole room of employees could see, like Caesar. Wow. I went back to the CEO and said, “We absolutely cannot tolerate this! If the candidate saw this we’re in trouble not to mention it is rude and arrogant. Plus, anyone who disagrees with the engineer might feel uncomfortable saying so.” Conflict city!

The CEO, scrambling like all startup CEOs just to get the product out the door, told me we needed the engineer and we would just have to put up with him. Later, when the funding was pulled from the startup and the engineer went to another company, I learned that he had tried one of these moves there and been instantly shut down. He was told “We don’t tolerate that kind of rude behavior. We’re polite to everyone.” And guess what? He stopped it. Go figure.

Birds of a feather really do flock together. If the CEO is committed to a drama free environment, he or she has to make it clear that that’s what’s expected of employees. Drama queens and kings won’t be drawn to the company or fit there. So here are practical steps to ridding your company of life-sucking drama:

Remember that one bad drama seed in a company will spawn more. They’re like gremlins. You don’t feed them after midnight and don’t get them close to water. Once everyone can see that drama is okay and even part of the culture, everybody will bring their personal crazy into the office. Squash drama where it grows. Everyone will be happier. And if you’re not sure how to implement these steps, give us a call.

ValentineHR is excited to announce our series of Management 101 classes is now available on an individual basis.   Our training series provides valuable information and direction on the best practices of leading teams for not only your current managers and supervisors but future leaders, individuals that you may be considering for leadership roles, giving them the tools to be successful in managing teams.

Please plan to join us for our first class on Management/Leadership Best Practices:

In-house classes are available for groups of 5 or more.