How to Implement Ban the Box

So you probably heard that, March 24, Austin passed a fair 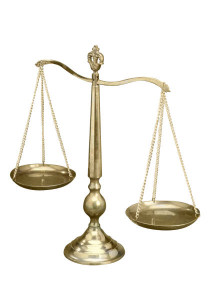 chance hiring ordinance for private employers, more commonly known as Ban the Box. What it means is that Austin employers with 15 or more employees can’t ask job candidates about criminal history until they’re ready to make a conditional offer of employment. I’ve already written about Ban the Box legislation in other states and cities and why it has happened. There are too many people who made mistakes in their past—often in their distant past—who are automatically screened from jobs they’re perfectly qualified for. It’s not fair to them and it’s not smart hiring policy. But now that the city has approved the measure, employers need to consider how to implement Ban the Box in their own companies.

First, you need to get rid of any questions about criminal history in your applications. That includes online applications through application tracking systems, paper applications, as well as making sure that HR people and hiring managers know that criminal record isn’t something they should discuss—at all—during the interview process. You should consider any way that candidates connect with you where that question might arise.

Next, you need to figure out what your policy is regarding people who have a criminal history. Ban the Box prohibits you from any adverse action because of an individual’s criminal history unless you determine that it bears direct relation to the duties and responsibilities of the job, and makes the individual unsuitable for the job. Three factors you must consider are:

Right now, companies have some leeway to make those determinations. And no one will face penalties for two years. But if the reasons you give seem too flimsy, you could face a lawsuit or penalties. Employers have to inform the candidate in writing that the adverse action was based on the candidate’s criminal history, and candidates can file a complaint if they believe the adverse action was unfair. This is already the case for credit under the Fair Credit Reporting Act which also covers any type of background check, not just credit.

Some determinations won’t be difficult. The ordinance doesn’t apply to positions for which federal, state, or local law disqualifies an individual based on conviction history. You don’t have to worry about putting a convicted embezzler on your accounting team. But that doesn’t mean that the person, who has paid their debt to society, wouldn’t be perfectly great handling customer complaints or driving a delivery truck in which money is not involved. Meanwhile, the person who got two DUIs would be a liability if you had them driving the company truck but could be a fantastic programmer, display manager or shift supervisor—depending on their skills. So some of the rules you come up with will just be common sense.

But then there are the tougher ones. What do you do about people who have a violent crime in their history? Or a sex crime? There’s no evidence that what the person did would have any direct influence on their ability to do the job, but you have a right and a responsibility to your other employees to create a safe work space. Does what this person did in the past jeopardize that? You’ll need to create clear, legal guidelines, in writing to avoid discriminating or giving the appearance of discriminating.

Hiring fairly isn’t easy. Maybe that’s why it took so long to get Ban the Box passed. There are many great, employable people out there who made a mistake, had a rough patch in their lives and deserve a chance to make a living at a good company and go forward. But organizations also have a responsibility to their employees, their suppliers and their customers. Ban the Box means freedom and fairness for a lot of people who have paid too long. And it means some tough conversations for Austin employers. If you’d like guidance on how to implement Ban the Box, we can help.