People always say: Hire slow and fire fast, but I don’t think most people understand what that 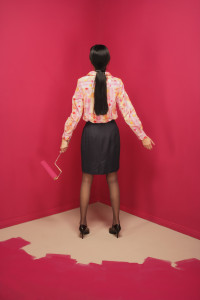 Somebody didn’t have a plan….

really means. I think it’s construed as “Be careful who you hire and when it turns out they’re not great, get rid of ‘em.” That’s not the point of Hire slow and fire fast. What that phrase really means is: Have a plan.

For some reason we seem to understand planning in so many arenas of our lives. We plan our vacations, for example. We plan our careers, to some degree and our retirement. But when it comes to hiring and firing, some managers just wait until there’s a crisis and then react. That is both an extremely stressful and a really ineffective and expensive way to operate. They wait until there’s no money coming in the door, panic, and frantically search for a sales or marketing person to generate leads, hiring the first warm body who comes in the door because they’re desperate. Or they wait until the development director is about ready to quit because they’re working 60 hours a week and haven’t taken a day off in months and grab the next person they can find. Then, when these people don’t work out (surprise, surprise) because they weren’t carefully vetted, the employer may wait until things with the new employee are unbearable or they may just jump the gun and say “You’re out.”

You have to have a plan for both hiring and firing. An actual, thought out, strategy that you act on with consistency. I once worked for a company whose focus was software development projects for state agencies. The company would bid on these projects but frequently the bid required having bios and resumes of the team who would work on the project for two or three years. Well, we couldn’t just have extra people sitting around for a project we may or may not get. But we did have a continuous recruitment model. Ongoing, we were reviewing and interviewing the kinds of people we might need for a given project: programmers, project managers, technical writers, and trainers. We had a pile of potential candidates—two and three deep—in case a project came up. If the first candidate on our list had taken a job someplace, we had other candidates we could go with. As a result, we felt confident when we bid on jobs and we could continually grow and generate revenue.

So that’s hire slow. Fire fast doesn’t mean the first time your employee annoys you, kick them out. Okay it could, but you open yourself up to all kinds of liability and then you have to go out and recruit someone else. Fire fast means have a plan for what happens when an employee fails to meet deadlines regularly, or always shows up late, or is rude to other employees. Employees are usually on their best behavior for the first few months, so if someone is dropping the ball in those early months, you can pretty much bet it’s not going to change. But you should have a clear map you both follow if that happens. Have a job description and an employee handbook that clearly spell out what you expect and what the consequences are if they fail. Then FOLLOW your own protocols! If they’re late a few times, have a conversation with them about it, remind them what they agreed to, and clearly state what’s coming. Document your conversations with them. Then when it’s clear they’re not going to make a change, nobody’s shocked. Everybody knew what was coming. Meanwhile, have that ongoing recruiting thing running in the background in case they don’t turn around.

Having a plan takes so much of the craziness, stress and unnecessary mistakes out of running a business or a non-profit and means that, instead of putting out fires, you’re working your strategy toward growth. And that’s what you’re in it for, right? If you need help making a plan, call us.