There was a story in the Wall Street Journal recently that I just don’t think got enough play. 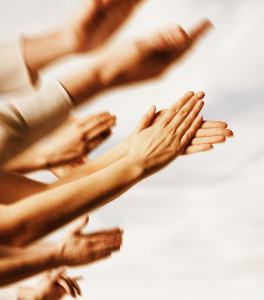 Kudos to Wal-Mart for finally beginning to train its 1.4 MILLION employees!

It was about Wal-Mart’s decision to “upskill” its employees. In other words, it plans to train its entry-level workers. People expect managers to be trained. They expect executives to be trained. But frequently the assumption is that entry-level service workers aren’t going to be around very long, so why bother investing in training? To which I respond:“Why bother? Well, how about because companies that invest in employees have results like happier cultures which in turn means better customer service, higher profits and all kinds of other good things that people rarely equate with training?

Wal-Mart isn’t the first company to try this experiment. As the article pointed out, companies like McDonald’s, Starbucks and the Gap already train their front-line service workers. But this is pretty big news, as 1.4 million people work at Wal-Mart, one percent of the entire U.S. working population. In retail, turnover is 50 percent in the first six months which costs, by industry reckoning, up to $5,000 per person for front-line workers. Given those numbers, it seems like Wal-Mart should be leading the pack of retail companies searching for ways to create more invested, more capable, happier workers.

Wal-Mart is starting the experiment in Joplin, Missouri and is planning to roll it out to all of its stores by the first of the year. I hope they stick with it. Any time you’ve hired wisely, you can’t go wrong by investing in employees. If you’ve got someone who is motivated, willing to learn, willing to grow, you can end up not only with a front-line staff that adds to your bottom line by improving the customer experience, but also a pool of potential leaders and opportunities for promotion from within. This means for each person you hire as an entry-level employee and grow to a manager or even executive, you’re protecting and promoting your institutional knowledge which is the real essence of your organization.

Sometimes we do a disservice to people in these types of jobs, assuming they lack ambition to working in these roles. Take a step back and see each employee or candidate as an individual. It could be that they’re going to school, raising kids, taking care of elderly parents or any number of other situations that make a job with limited hours and set responsibilities a better choice. But that doesn’t mean these people aren’t an incredible asset and resource for growth of the company. One problem that exists between retailers and consumer packaged goods companies, for example, is that retail staff people may not manage the displays properly when there’s a big push on an item. As a result, sales are lost and both the company that produced an item and the company that sells it, lose money. Product stockers and sales associates who are trained to really understand how the whole ecosystem works and how important their role is are far more likely to take a vested interest in the store’s performance. Those who feel they have an opportunity to advance tend to make better decisions, resulting in an economic boost for everyone.

I just wish more companies with entry-level employees would make the connection between training and increased profits. Training isn’t cheap. And it isn’t easy, but it’s worth the effort and cost. There is an ROI, it just may not be by the next quarter. Take the time, it works, I promise.