The Department of Labor released new rules yesterday which 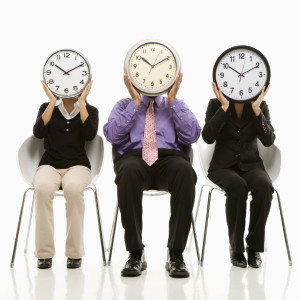 Which one of these employees is still a salaried employee and what will you do about the others?

include significant changes to how employees are classified as exempt or non-exempt, which means you may have a bunch of employees who are suddenly going to be eligible for overtime beginning December 1st of this year. So in case you haven’t been following this, now is the time to brush up on the DOL’s new overtime rules, or better yet, call in the experts.

Up to now, if companies paid employees at least $23,660 a year in salary and met one of the FLSA (that’s Fair Labor Standards Act) exemptions, then no overtime. But under the new rules, anyone paid less than $47,476 is classified as non-exempt and eligible for overtime. So if that employee works one minute longer than 40 hours in a week in Texas without paying time and a half, you could be liable.

I see the biggest hit to small organizations that have wanted to avoid dealing with hourly work. It just seems so much easier to pay everyone salary instead of having to wade through all the time sheets. They don’t want to juggle two payment systems. And besides, they have argued, we’re all adults here; everybody works the hours they must and nobody wants to keep meticulous time on themselves or others. But that’s actually breaking the law. And with these new overtime rules, the DOL is going to be on the lookout for companies that violate the law.

There are good reasons for the exempt vs. non-exempt rules. If you’re paying everyone salary, rather than hourly, and you’re not tracking time, you don’t know whether they’re working the hours they’re signed up for. They might be signed up to work 40 and they’re only working 20 which the law says in okay. Really? Yup, they are being paid to get a job done and if they can get it done in less time that 40 hours, that’s okay. And as long as you’re paying them salary, you may not be able do anything about that. But the bigger liability comes in when somebody realizes what the law is and that they were supposed to be getting overtime for those extra hours or weekends. They can hit you up for that overtime and the Department of Labor is going to believe them even if they have no evidence because you, as the business owner or executive director, were supposed to be tracking that. The DOL will step in and investigate everyone in the organization. Now you have to pay what everyone says you owe them for the past three years…plus fines.

Claiming this is all new to you is not considered a legal defense.

Yes, it feels tricky to have to change your system. Yes, you’ll have to make the case to employees who—if they’re like most people—don’t love change. Yes, you’ll have to assign at least one manager to make sure this law is followed and people are logging their time accurately and being paid accordingly. But it’s the law, so those difficulties are just things you’re going to have to manage.

So first you have to figure out who is getting paid salary that now qualifies as hourly. Then, if you’ve mis-classified them in the first place, you need to deal with making the transition hopefully without triggering any lawsuits. You’ll have to put new systems in place and you’ll have to manage the change. I’ll address some of these issues in upcoming blogs. And if you want help with the transition…call us!