Dealing with Current Events in the Workplace

The election year, Orlando and Dallas shootings, Gretchen Carlson and Fox News…we’re living and working in the midst of current events with highly emotional triggers.  Documented in social and traditional media outlets are people who feel abused, discriminated against, and afraid of each other. If you think that’s not being discussed at your workplace, guess again. Your employees may not be speaking about these issues in any kind of open forum. But there’s a good chance they’re talking quietly in corners or instant messaging those who may share their viewpoints. Or they’re just feeling uncomfortable with how to talk to fellow employees and subordinates about a conflict, lest people think they have an issue with someone’s gender, race or religion.  So what’s a good solution to dealing with current events in the workplace? 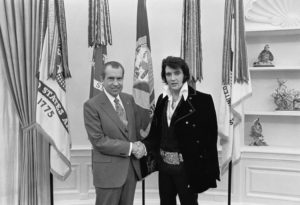 Some current events are fun to talk about. Some are just scary….

The danger of whispered debate

First of all, you can’t hide from it. Employees will either debate or actively avoid discussion around these issues and probably feel awkward either way. And that can foster workplace anxiety.  In my experience, the situations where people are walking around picking fights over social and political issues are far less common than workplaces where people are afraid to discuss the news of the day. They don’t know where their coworkers stand. They don’t know what’s okay to say and what isn’t. More times than I can count, I’ve lead anti-harassment and anti-discrimination seminars in which participants have had an issue with a person of a different ethnic or religious or political background and worried that they were bigots. They would ask: “I think this” or “I said this…is that discrimination?” Usually it’s not. They didn’t have a bias against everyone of that race or political background—just problems with that person. And that’s the biggest problem of all, people don’t know how to handle differences of opinion or perspective. Many people simply lack the information to conduct these conversations in a way that is productive, positive, and meaningful. Even people who genuinely want to avoid offending other people can open their mouths to say something they think is innocuous and find they’ve stirred up a hornet’s nest. The biases and assumptions that inform their perspectives are invisible to them, but glaringly obvious to some others.

The rules for discourse

The task for organizational leaders is to help employees know what the rules are. What can they say, both in terms of what’s legal and in terms of what’s productive? What are the boundaries for a conversation about politics or race? What terminology is expected and what is forbidden? When does the conversation go from being a reasonable discourse among colleagues into an argument that’s wasting company time? What are the rules?

These are tough questions. Being honest, most organization leaders haven’t had the training to handle them correctly. For most companies, this is where it’s really wise to bring in a professional trainer who knows not only the regulations, but the psychology of navigating difficult social and political issues in the workplace. The world doesn’t seem to be getting any less polarized. The issues are only getting harder. This might be a good time to call for our help.