Beware Hiring The One Trick Pony 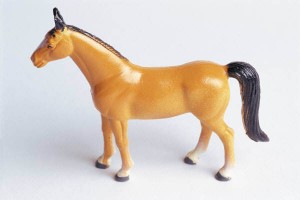 This pony will never learn to use his iPhone

It’s one of the great hiring conundrums: Employers want to hire people who are experienced in 90-to-100 percent of a given job. They want to go home and sleep at night knowing the job is covered. The problem is, most candidates really want a job that’s only 50-to-75 percent what they did before. They want to learn. They want new challenges.

Unfortunately, if the employer has it his way, hiring someone with all the skills who’s perfectly happy doing what he did in his last job—and the one before that—the employer may discover he’s hired a one-trick pony. That employee is awesome so long as he doesn’t have to learn something new. And if the employer does decide to shift to a new project management system or change some operational strategy, suddenly he’s got an employee who is either drowning or downright mulish.

We understand: Most companies are moving so fast that it is a challenge to slow down and consider what they may need in the long term. If they don’t hire someone who has done the job before, there will be more training involved, which means time away from other responsibilities. That’s daunting for a lot of companies and non-profits.

There is a happy medium. Don’t look for the old hand or the green kid. Figure out what skills you desperately need that new hire to have to hit the ground running. Then look for someone with those skills who also has other attributes, like a hunger to grow, a great attitude, a sterling track record with previous employers.

Then go home and sleep well, knowing yourself to be a wise and forward thinking employer.