Austin City Council Gaffe: Check Your Baggage at the Door

So, that was embarrassing. Austin Assistant City Manager Anthony Snipes has been suspended after hiring Jonathan K. Allen, 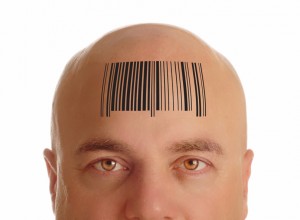 Quick: What assumptions did you make about this dude at first glance?

former city manager for Lauderdale Lakes, Florida to come and speak to the Austin city staff about how to interact with female elected officials. As it turns out, the story is even weirder than initially supposed. Allen, who was fired as city manager after the incident, had brought Lauderdale Lakes back from the brink of bankruptcy, replacing a female city manager, under whose management the city owed the sheriff’s department $9 million. One of his solutions, evidently, was to introduce a couple of mega gas stations called RaceTrac. The RaceTrac stations caused congestion in the area where they were located and the city commission in Lauderdale Lakes had only reluctantly approved the second one.

So when he talked to the staff at Austin’s city hall about how a man will see that something makes good financial sense for a city and approve it, but women will ask a lot of questions, forcing staffers to be patient, he was speaking about his own experience. He even said a male-dominated government would approve a racetrack (RaceTrac?) on the financial benefit to the city, but women would ignore the information provided, ask questions that had already been answered and focus on how close the racetrack (RaceTrac?) was to the school. Incidentally, this doesn’t paint a very flattering picture of male officials either. He basically called men myopic rubber-stampers.

At first, he just looked like a sexist, saying that dealing with female elected officials was like dealing with his 11-year-old daughter. But actually, he was griping about what he considered his unreasonable female-dominated commission in Lauderdale Lakes. He doesn’t have that problem anymore.

There are so many lessons to be learned from this:

1. It’s probably a bad idea to gripe about your employers in a public forum, especially if you’re going to say sexist things which might be carried on national news.

3. Check your baggage at the door.

Your female boss is not your mother. Your male boss is not your ex-husband. The person of a particular ethnicity, appearance, nationality, geographic region or employment background is not whoever you knew before and still have issues with. Of course, we all project things onto people that they shouldn’t have to carry, but that’s why employers MUST have diversity training and discrimination and harassment training.

We put things in boxes, it’s how most of us are able to cope with the vast amounts of information in our brains. We learn from our experiences, which is a good thing, but sometimes we learn the wrong lesson. When it comes to putting human beings in boxes, we almost always learn the wrong lessons because people’s stories, choices and influences are a lot more complicated than what we can see on the surface.

This is especially important for managers. Just because a woman is young and recently married doesn’t mean she’ll soon begin having babies and just because she might have a baby doesn’t mean she’ll be any less on the ball or that she’ll quit as an employee. People never seem to worry that young, recently married men are going to start wanting to go home at 5 p.m. instead of 7 p.m. Some people assume that those over the age of 40 “just don’t get” technology the way a 20-something does. Steve Jobs was 52 when he introduced the iPhone.

The fact is, seeing people as individuals, not as a race, sex, creed, nationality, age or sexual orientation is at the very heart of what this country is based on. That’s why we have EEO and human rights commissions, to protect people from unfair, baseless discrimination. With this guy from Florida, it was a personal problem. But then it is for a lot of people. If your organization isn’t training people to reexamine their personal biases, it’s contributing to the problem.

2 Responses to “Austin City Council Gaffe: Check Your Baggage at the Door”