Are Your Employees Motivated by Achievement, Affiliation, or Power? 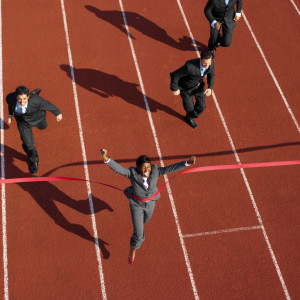 Um, yeah, I think my employees are motivated by achievement….

She looked like a great fit when they hired her. She had all the skills on the list and her former employer actually gushed over her. But she just…didn’t fit…and it was hard for my client to pinpoint why. Turns out, it was a motivation issue. People are motivated by different things: Praise, money, time off, autonomy. But those reward short-term behaviors. There are more intrinsic motivations, like the ones in the McClelland Human Motivation Theory, as spelled out in MindTools.com, that deal with who a person is. What he or she is passionate about.

• Achievement: These people often like to work alone and they’re comfortable with risk. They get juiced by setting and achieving high goals. They like a lot of feedback—reassurance that they’re doing well.

• Affiliation: These people are largely focused on connecting with others, making people like them. They’re relatively risk averse and would rather go along with the consensus than make waves.

• Power: These people like to be in charge. They’d rather influence others than woo them. They like competition and winning, status and recognition.

Of course nobody fits neatly into a box, but it does help to make sense of your employee relationships when you examine employees—and yourself–from this perspective. In the case of my client, his company’s culture was primarily Achievement oriented. His employees had personal goals in terms of their organizational contributions, their skill set, growth, and their careers. They came in every day saying “Guess what I learned today?” His new employee, however, was Affiliation minded. She was more interested in connecting with people, making friends with employees and customers. He sent her to an off -site class to learn how to use a cool new graphic software tool. He asked her about applying it to her work a few weeks later and she was like “eh”. Other employees had wanted to attend that class and her behavior was frustrating to them. In fact, no one respected her. They didn’t even really know how to talk to her.

Not that one type of motivation is better than another. They’re actually all important and necessary. Affiliation people might label Power people as rude or controlling. But if everyone in a group is an Affiliation person, little is likely to be accomplished. Meanwhile, everybody can’t be in power! Some leaders, like Abraham Lincoln and John F. Kennedy prescribed the “Great Man” approach to leadership. They would gather a diverse group together and hear their opinions, then make their own decisions. They were Achievement and Power people. Meanwhile, Franklin D. Roosevelt was famous for telling people what they wanted to hear and building consensus.

In a big company, there are many different motivation approaches. Each might be determined by the hiring manager in that department, without anyone realizing that that’s the case. Everyone in a big company knows they need to find ways to work with those whose styles and approaches differ from theirs. But in a small company, a person with a different motivator can really stick out and find it difficult to contribute to the culture.

Especially in small companies, it’s a really good idea to understand the motivation styles of leaders and employees, to look for disconnects and ways people could use the strengths and weaknesses of each style to move the whole company forward. That way, your hiring is more pinpointed, your managers less frustrated, and your goals far more achievable.

We’d be happy to help.